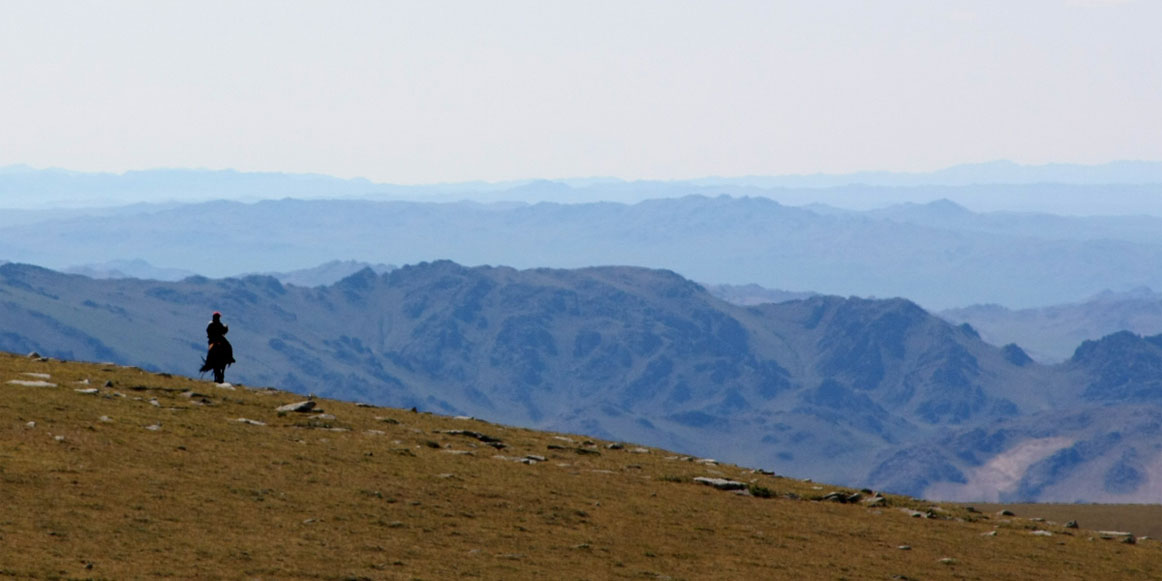 I would like to introduce Mongolia’s fascinating intangible heritage of over tone singing, its origin, types, artists who perform such wonderful vocal performances. You will also find out possibilities of taking classes on overtone singing and a brief introduction about ethnic bands in Mongolia.

As a visitor, what you should look for Mongolia’s music? Although Mongolia’s music scene offers a diverse range of genre and rich folk and modern varieties, here I would like to share about Mongolia’s overtone singing or “Khoomii”. Mongolian music depicts its vast open space, tranquil wilderness, nomadic pride and their brave history.

So where does khoomii originated from?

I met one of the most famous over tone singer of Mongolia, Mr Tserendavaa from Chandmani soum, Hovd province in western Mongolia back in 2006. Chandmani soum is the only place in Mongolia where almost everyone can do overtone singing.  Thus, the area is believed to be the place where khoomii was born. Also there is an annual International Festival of Khoomii in Hovd province in western Mongolia. Mr Tserendavaa told me a tale about origin of the Khoomii which was orginited from roaring sound of wind which blows between mountains of Chandmani Khairkah and Bumbat Khairkhan. Also weed-grass at adjacent Lake Khar Us emits whistling sound when wind disturbs. When sounds of strong wind and grass are mixed together it became the foundation for overtone singing.  It sounds very convincing. However, there are even more convincing would be singing sand dunes across southern and south western Mongolia that emits humming sound similar to roaring over tone singing when its surface is disturbed. So it seems that Mongolia’s throat singing or khoomii is a result of imitating nature’s various sounds in combination of human’s vocal talent and evolution of folklore.

Mongolian artistic talent was described as ‘powerful vocal acrobatics’ by BBC proms. The wonder of Mongolian overtone singing is that two different tones come out simultaneously from a single person. There are different types of overtone singing. Some differentiate seven types of over tone singing while others describe four types. You can listen to khoomii on Track 2, “Altan Urag – O.U.T in Mongolia” CD at http://hi-fi.mn/shop/traditional/o-u-t-in-mongolia/.  For instance, “nariin isgeree khoomii” or “thin whistling overtone singing” produces a melody going on above and at the bottom there is a deep base tone. “Kharhiraa khoomii” or “roaring over tone singing” is like thunder.

Recent years, there are booming folk and ethnic bands emerged on Mongolian music scene including Altan Urag, Arga Bileg, Altain Orgil, Tenger Ayalguu, Domog, Khusugtun, Jonon, Ikh Mongol and Egshiglen.  Khoomii is one of their main performances. I would like to introduce only two bands: Altan Urag and Khusugtun.

Altan Urag (www.altanurag.mn) is well-known for who performed ‘Blue Mark’ film music for ‘Mongols’ by a Russian film producer Sergei Bodrow. Although you cannot go to their live concert in Ulaanbaatar, you can still purchase their music from “Hi-Fi” music stores in Ulaanbaatar.

Another fascinating band you should look for would be “Khusugtun” (https://www.facebook.com/khusugtunband), Mongolian Ethnic Ballad Group.  Khusugtun performed for BBC Proms-2011 at Royal Albert Hall, London, UK. They became a runner up of “Asia’s got Talent”, 2015. You can go to live performance of Khusugtun in Ulaanbaatar including Mongolians Restaurant. Please check their performance calendar before hand as they could be performing overseas.

You can also go to khoomii classes while you are travelling in Mongolia. Davaa is a young artist from Uvs province. He runs a music school in Ulaanbaatar where visitors can take short classes on khoomii and horse headed fiddle. Please contact us if you wish to learn more about khoomii class. On the next blog, I will write about Mongolia’s horse headed fiddle or Morin khuur.

Top Things to Do in Mongolia: A Travel Guide
January 2, 2023

Which art galleries should you visit in Ulaanbaatar
December 14, 2022
Related Tours